EVOLUTION OF GOVERNMENT: THE CONSTITUTIONAL ACT OF 1791 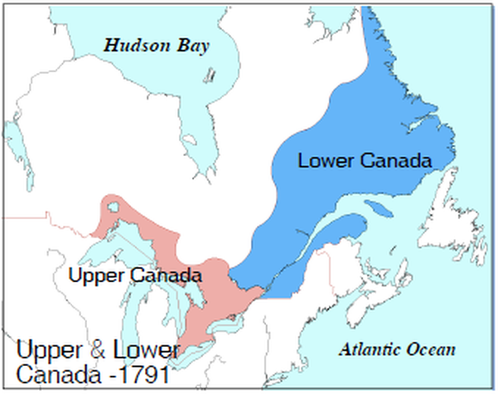 British colonies had a common form of government based on the British Parliamentary system. In Quebec, however, the French Catholic majority presented a challenge because this system of government would essentially mean that the English Protestant minority would not be in charge.

To address this unique challenge British authorities came up with a unique solution: it introduced an elected house of assembly and divided the colony into two parts known as UPPER CANADA (Ontario) and LOWER CANADA (Quebec). 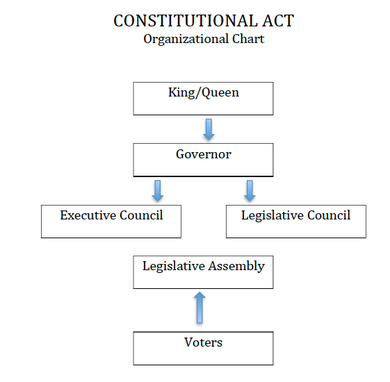 The Constitutional Act had 4 main goals:
It should be noted that not everyone had the right to vote. Only subjects who held a minimum of revenue (salary) or property were allowed to vote.  Some woman in Lower Canada were able to vote because French  civil law allowed for woman property owners.

Ask yourself: who would be happy with the division of the two colonies and the creation of elected assemblies?

CHANGES IN THE MOTHER COUNTRY

Events that happened far from North America had a big impact on the formation of British North America. Two major developments in Great Britain and France had particularly strong influences.

ECONOMY: From Fur Trade to Forestry

Towards the end of the 18th century the Fur Trade, which had been by far the most dominant economic activity, began a dramatic decline.
This was due to a number of reasons including:While the Fur Trade lost importance, forestry grew in importance. In fact, by 1810 forestry made up 75% of Lower Canada's exports.

Group Assignment: you are to find as many consequences of the growth of forestry as you can in 15 minutes. You can find this information on page 250-251 of your textbook (section 7.1.3). Each person should write down their DETAILED FINDINGS in their notes. Each group will also hand in an extra copy with all your names written at the top.

Americans were constantly looking to expand its territory and the saw an opportunity to take lands from the British colonies while Britain was fighting in the Napoleonic Wars in Europe. The war lasted from 1812 - 1814 and were rather inconclusive. The Americans were unable to take any land due to a strong resistance put up by English, French, and Natives. This rare alliance was due to the belief that Americans would push for assimilation should they conquer the British colonies.