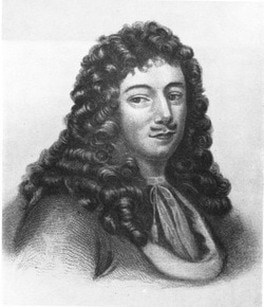 New France needed to increase its population during the mid to late 17th century.

As New France developed its economy it also developed trade networks that went across the Atlantic Ocean. By the 1720s, a new type of trade called Triangular Trade was established. Trade took place between New France, Antilles, and France. Each region produced and traded different goods. 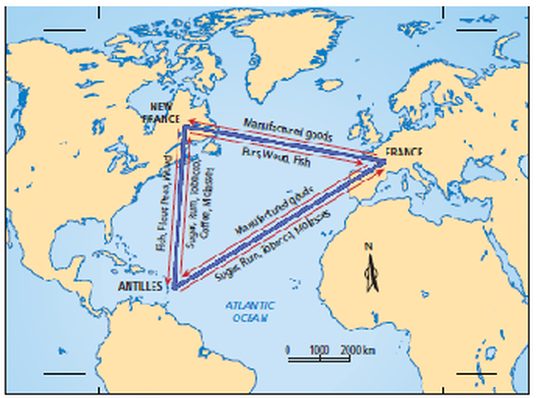 France: Manufactured goods, such as furniture, clothing, tools, and alcohol. 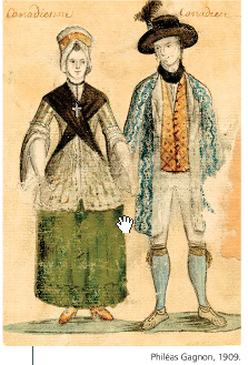 Life in the colony was different than life in the metropolis of France. Although similarities existed, such as the seigneurial system, there were far more differences. This led to the creation of a 'distinct society', which meant that the colonists began to see themselves as a people different than the French. They begin to understand themselves as being 'Canadien'. 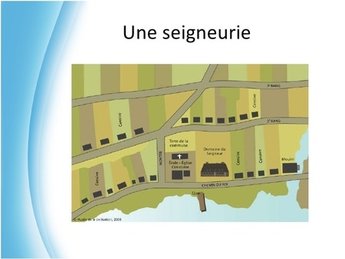 There were two main social groups that existed in New France, each with its own identity and role within society.

Peasants
Peasants made up the largest percentage of the population (80%) and were the poorest people in New France. They worked the land (generally as farmers) but did not own the land. Because of this they are also known as tenants.

Seigneurs
Seigneurs received land from the Royal Government of New France which they would divide for peasants to work. . Seigneurs were generally wealthy but they were not necessarily part of the nobility. This was a big difference between France and New France. In fact, one of the characteristics of New France was that its society was fairly egalitarian. In other words, most people lived fairly similar lives and there was not as big a difference between the rich and the poor as you would find in France.
They way in which the land was divided for use in rural areas was known as the Seigneural System.  The concept was taken from France but had some important differences in New France. Perhaps most important was the lack of serfs (a peasant with no land and few rights - almost like a slave). This helped lead to a more egalitarian society in New France. It also helped that there were very few nobles.

The image to the right offers a good representation of how land was organized in New France.
We can also consider a third group within Canadien society, the church. The church, lead by a Bishop, had the responsibility of education, health care, and caring for the poor.

The War for Fur and Territory

After the destruction of the Huron by the Iroquois in 1649 the French needed to expand its territory in order to remain competitive with the British in the Fur Trade. The expansion changed the way in which the French interacted with native groups because they began to trade with them directly.

The increased interactions helped lead to cross-cultural influences between the French and natives. In other words, the French adopted some elements of native life and vice-versa.
Quick Exercise: On a new piece of paper write down each of the terms above (squash, moccasins etc) from the Native Influences on French Colonists and draw a quick picture of each. This will be due at the start of next class (include your name)
The Iroquois and the French continued to come into conflict during this period and fought an ongoing and brutal war against each other. After losing an important battle to the French in 1666 the Iroquois largely ended physical assaults and instead adjusted their strategy towards economic warfare. They encouraged other native groups to shun French traders to trade with the British instead. Unhappy with the success of this approach the French attacked the Iroquois in 1687. The battles that followed were brutal and many woman and children were killed on both sides.

A peace agreement was finally reached between the Iroquois and the French in 1701, known as the Great Peace. Both sides celebrated the agreement over a period of ten days with over a thousand representatives present in Montreal. ​

​The Great Peace allowed the French Canadiens to flourish in New France. Just over a decade later​ in 1713 the French signed an agreement with the British known as the Treaty of Utrecht that established agreed upon territorial boundaries. The agreement was supposed to prevent hostilities between the two colonial powers.

Within just a few years, however, tensions arose in the region just south of the Great Lakes. The problem was increased because of the French and English were at war in Europe (1744-1748). The British formed a successful naval blockade against New France which led to an increase in prices. This caused divisions to form between the French and Iroquois.