The rebellions in Lower Canada that took place in 1837-1838 were aimed at gaining greater independence from Great Britain. The cause of the rebellions were numerous.
​
​
POLITICAL: Responsible Government
Those people who believed in republicanism also believed that government should be accountable to the people and not the king. Therefore, they wanted a more democratic form of government (elected) that answered to the PEOPLE and not to the crown. 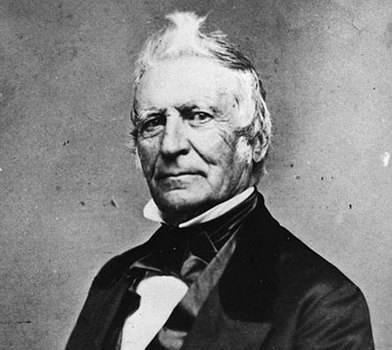 One of the leaders of the rebellion, Louis-Joseph Papineau, submitted a document that contained all the changes he and his political party wished for. The three most important of these were:
His request was rejected by the British, who instead offered 10 resolutions of their own. These resolutions essentially removed any way for the French to use official governmental institutions to explain their grievances. Not surprisingly les patriotes did not react well to these changes. They proposed a non-violent strategy of confrontation such as boycotting British goods.  ​
Louis-Joseph Papineau
The rebels organized a number of large protests that openly called for violent rebellion against the British. Violent armed confrontations between les patriotes and the British shortly ​followed with many people losing their lives. Many of those captured by the British forces were charged with treason and 12 patriotes ​were executed.
ASSSIGNMENT: Explain in your own words why the rebellion happened. Do you think the violence was justified? Why or why not?
ASSIGNMENT: complete question #2  on page 308
8.3 THE DURHAM REPORT
After the start of the battles with les patriotes the British decided they needed to review its colonial policies. This task was given to Lord Durham who would write one of the most important and contested documents in the history of Canada, The Durham Report.

The report stated that the conflict was between two races or nations of people living in a single state. To resolve this problem the state must work to assimilate the French Canadians into English culture. The best way to accomplish this assimilation would be to unite Upper Canada and Lower Canada into a single colony, allow for an elected assembly, and encourage a policy of British and Irish immigration to Canada.

The British largely accepted Durham's suggestions and in 1840 passed a new constitution through the Act of Union.